Here are the nicknames of the three skyscrapers that dominate the skyline of the futuristic Milanese district Citylife. The three unusual nicknames are due to the extravagant shapes that distinguish them. The Isozaki tower also known by the nickname “The Straight” was designed by the Japanese architect Arata Isozaki. In the architectural variety of the city, the extravagant “The crooked” tower by the Iraqi Zaha Hadid could not be missing. And here is the smallest of the three, the Curve signed by the American architect Daniel Libeskind. The three wonderful towers are the pride of City Life, an urban redevelopment project in the area where the buildings of Milan’s historic trade fair once extended.

Wherever you are, we wish you the best of wishes, for a peaceful day close to all your loved ones and all the people you love.

Thank you all for joining us also on this day. 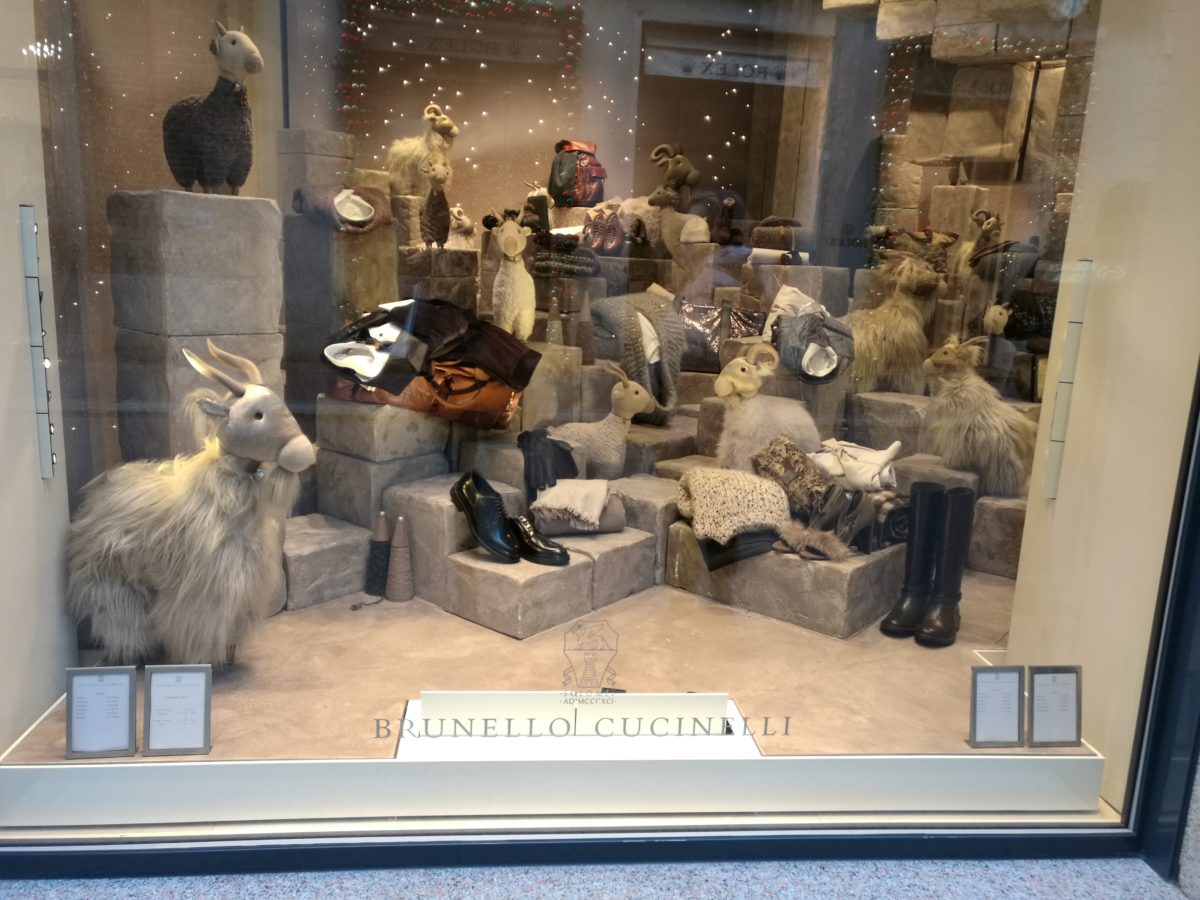 Brunello Cucinelli the man of cashmere Made in Italy who has tried to modernize capitalism and his philosophy of life is “We must be grateful and give something back to others”. 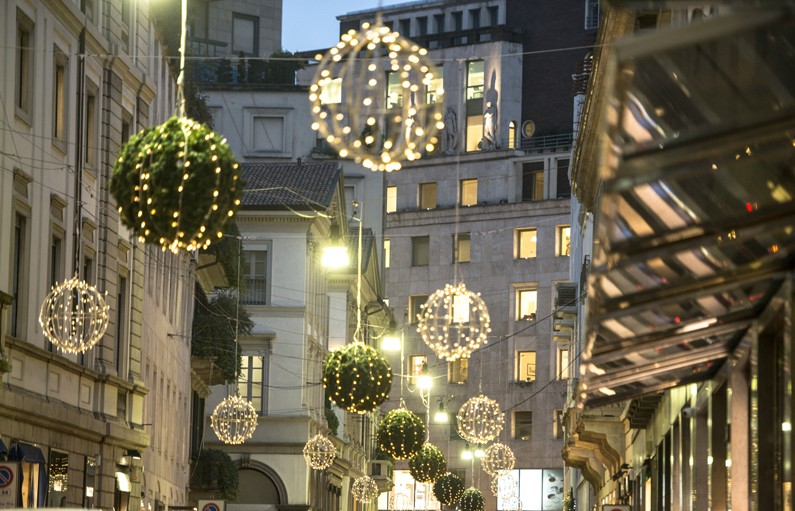 The staff of via Montenapoleone wishes everyone a Merry Christmas !! 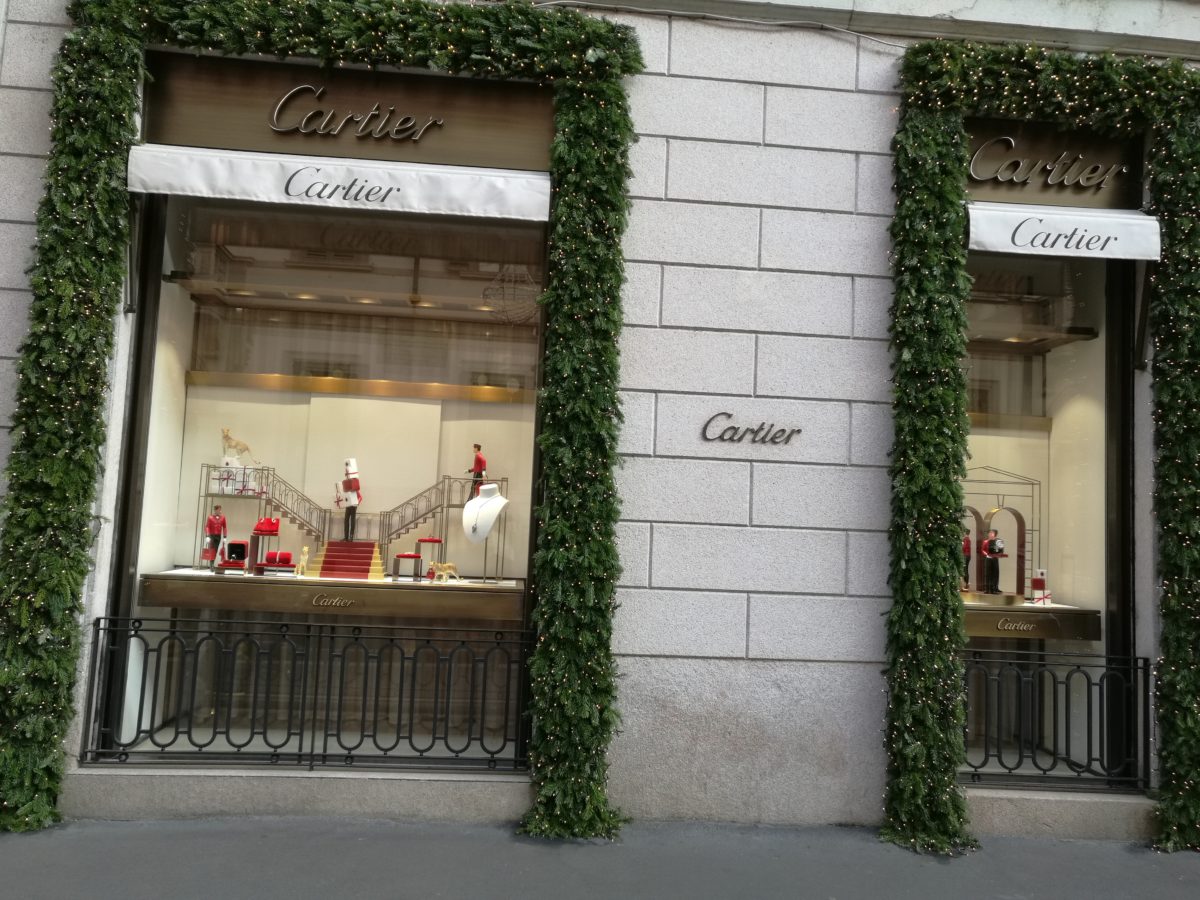 Cartier in Via Monte Napoleone is the high jewelery where dreams take shape for unique and unforgettable gifts. 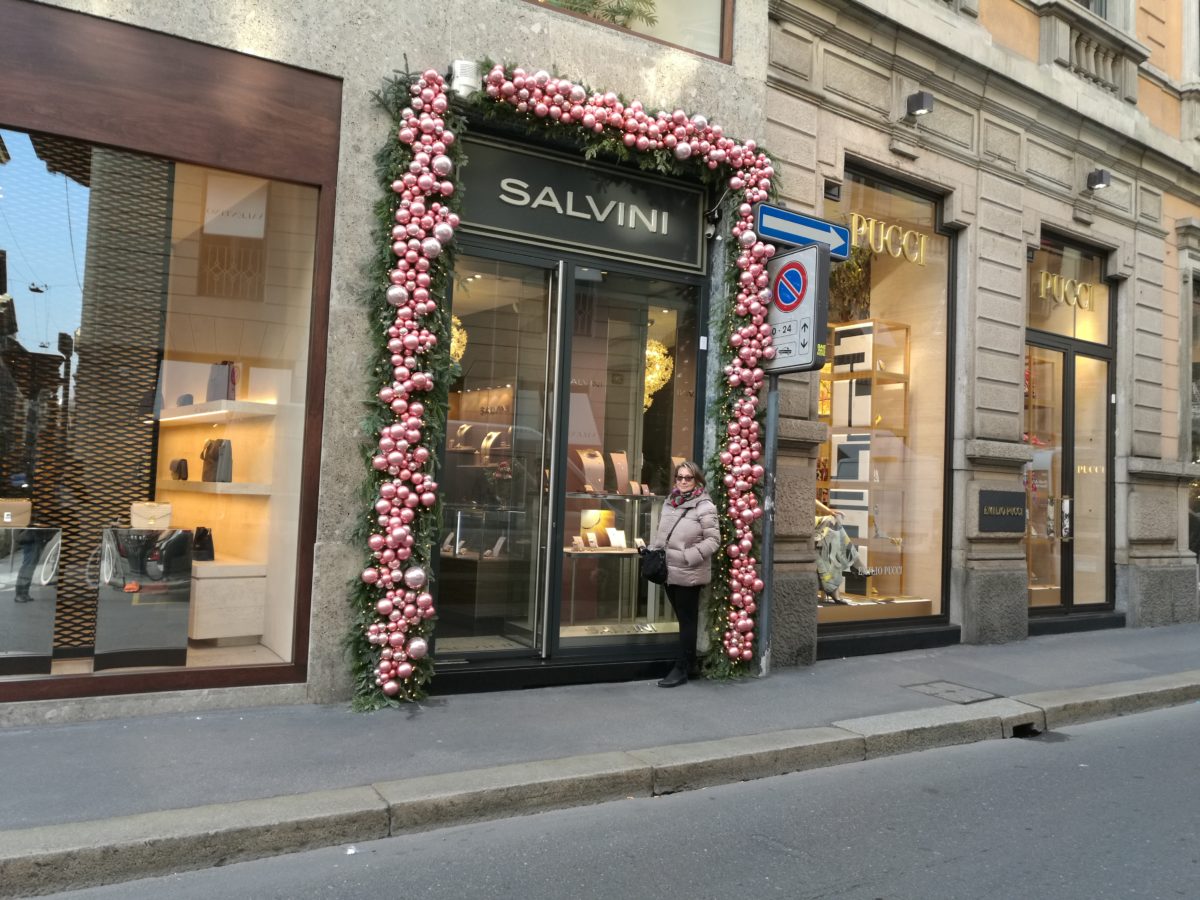 Salvini jewels have always been an icon of style and originality, always striking for their beauty and tourists pose for selfies in front of the windows in Via Monte Napoleone. 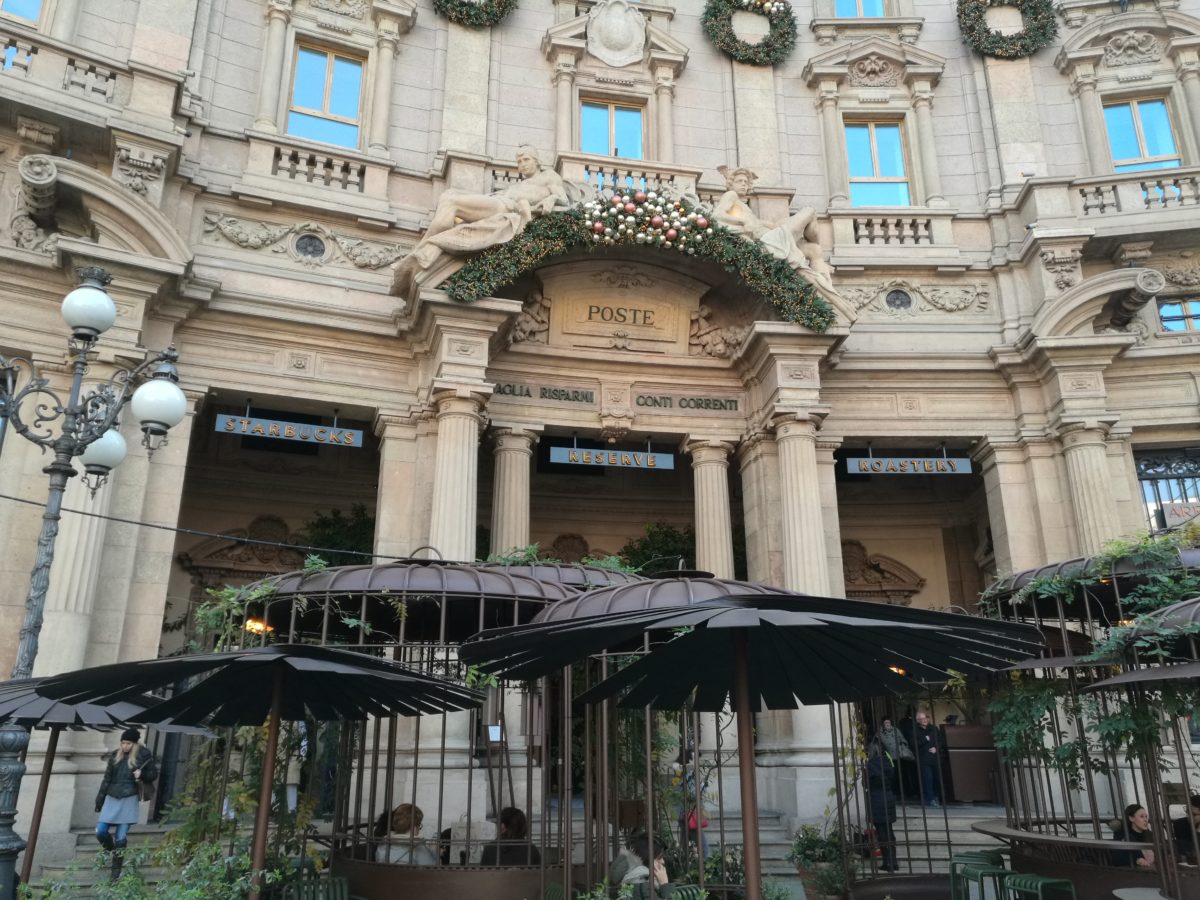 The first Italian Christmas of Starbucks the famous chain of cafes offers tasty Christmas blends and the Starbucks Reserve Christmas 2018 combines two limited edition coffees: Hacienda Alsacia, coffee from Costa Rica and aged Sumatra beans from Indonesia, hand-selected one by one. one. Two products that alone are exceptional, but together they become the art of roasting giving the coffee sweet and spicy notes with an extraordinary flavor for a tribute to the magic of the Milanese holidays. 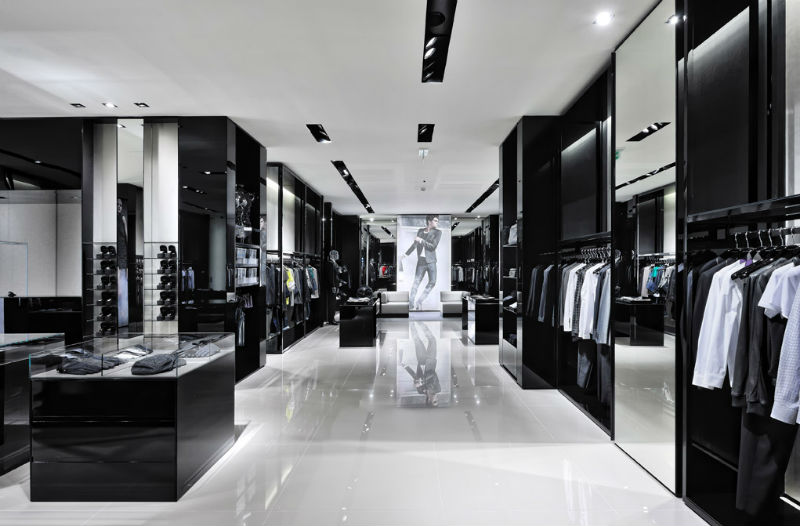 In via Manzoni, its linear, luxurious, elegant shop that reflects the unmistakable style of the pioneer of Made in Italy. 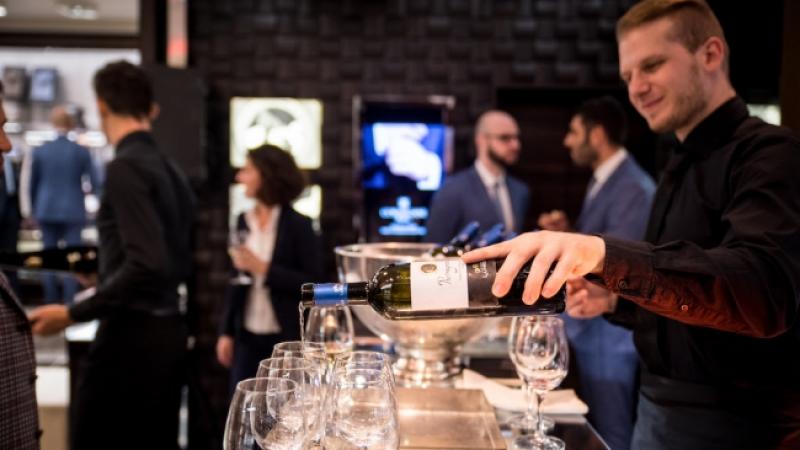 Until Sunday 14 October, the wine world will be the absolute protagonist in the streets of the fashion district with ad hoc menus, tastings and exclusive wine experiences. 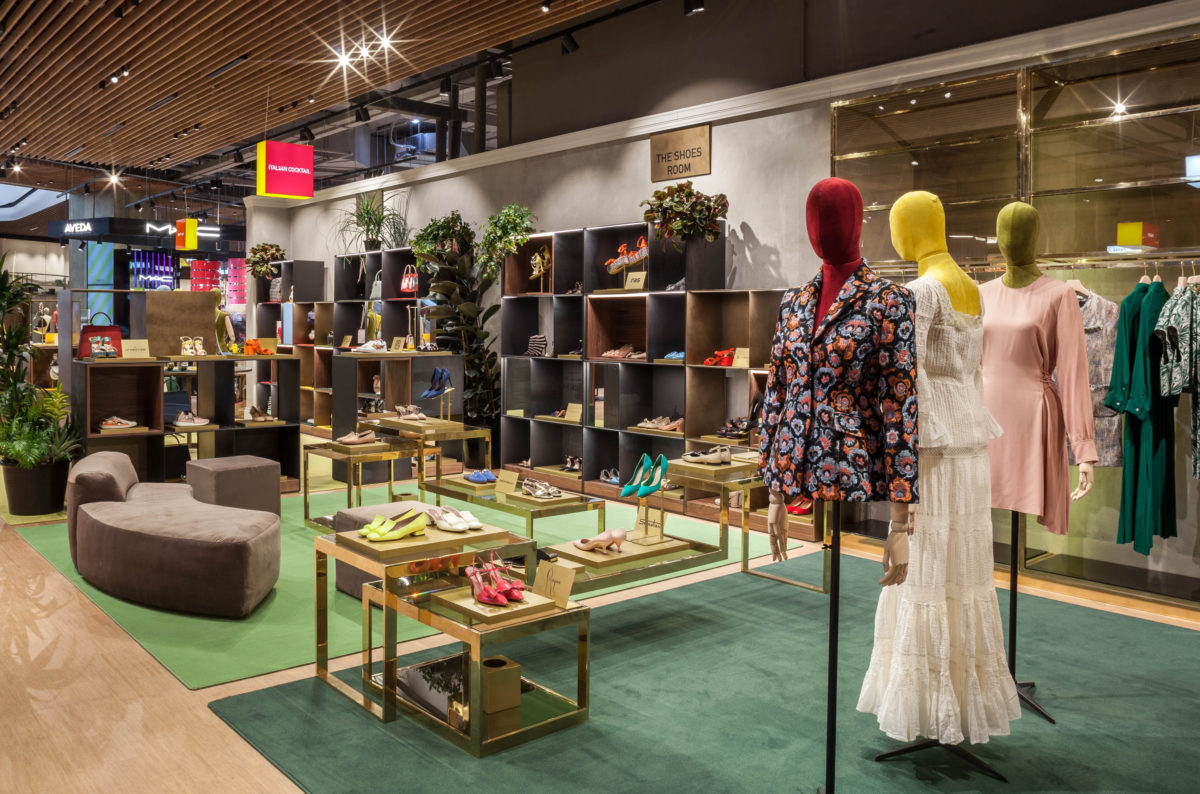